IT'S FINALLY HERE AND
READY FOR YOUR TAPE DECK! 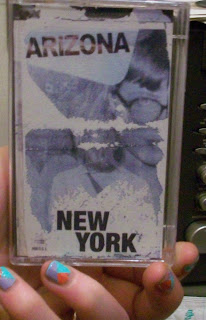 VIDEO: IS Sobrenadar the closest feeling to Heaven? 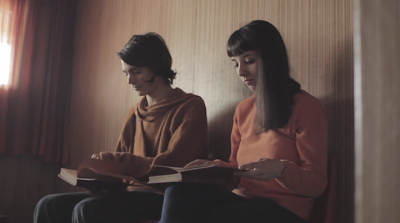 Below is a intimate video interview with bedroom pop artist Sobrenadar, the footage takes you into Paula & Javier's world, well it looks like their studio space. what a nicely lite space with sheer moods dripping off in my mind. calming, personal and pure. the only thing missing in this room is a black cat.
enjoy...

Hey we got a nice discount offer when you get the Sobrenadar Combo Cassette pack both tape releases for $11.50 go to bandcamp to purchase
Posted by MAGIC RUB CASSETTES at 11:59 PM No comments: 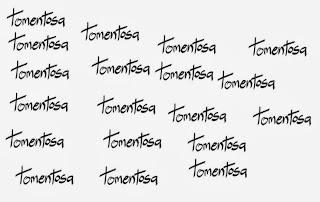 Tomentosa is a one man operation he sells obscure music
Josh does everything; meaning no stockers, pickers or packers.
he is DIY, just like us... we love Josh and that's why we made a
mixtape of the artists he picked to be in his store!
Enjoy and look for more mixtapes like this one
coming soon at M.R.C

Posted by MAGIC RUB CASSETTES at 3:55 PM No comments: 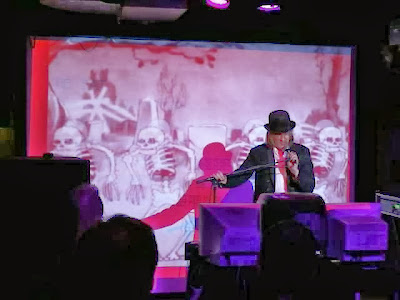 I know your thinking how in the hell did we get such a masterpiece to re issue darkwaves finest... well we did and it's coming to your tape deck very soon! But they will go fast only 100 being made so if you want to pre-order just email us @ joyrevolution@gmail.com and we will hold a copy for you. We are lucky to have him on the roster and he will be the first re-issue ever on our label. The tape is called 'Withered Land' and it was released on vinyl and cassette in 1983 and re-issued in 2011 by CENTRAL TAPES and now will be on tape with us
Posted by MAGIC RUB CASSETTES at 9:24 AM No comments:

New cassette coming from the lo-fi weirdo pop project known as 'Erasurehead' coming soon to magic rub cassettes. He just released awhile back his first cassette release 'moonwort' on our buzz friends label Singapore Sling Tapes, which is a brilliant lo-fi masterpiece and true gem to the fm radio warp pop or better yet what I like to call 'throwaway pop' culture. We will keep posting new material that will be on our release as they come. be on the lookout!


Posted by MAGIC RUB CASSETTES at 1:27 AM No comments: 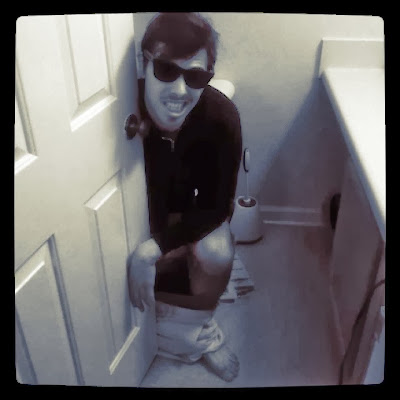 We sit down with the 'ghost' behind the synthpop, new waver band The Deathless, Paul Rhodes.
Sensual, fearless, in the midst of darkness alongside a ballad of lyrics about dying and being reborn is exactly what to expect in his first cassette release entitled 'Ghost' which was just added to our slew of visionaries on magic rub label. Its 15 minutes of spook pop on a cream cassette with tracks like 'nightmare' which I'm sure you can imagine is as creepy as the title. Its catching two chord synth notes bearing a connection of new order and joy division with a fresh take on the end of days as we know it. With lyrics like 'don't try to run and hide' 'You can not hide' you can not escape the night, just give up'. Paul Rhodes is bearing a fist to the darkness and is hungry for souls to follow in his cult lush pop vision.

When I begin to ask the first interview question I start to wonder what happened to this guy in his childhood to make him want to release his demons on the surface and open his heart to us on a warped cassette but fuck I'm so glad he has! I light a American Spirit smoke and shoot the first question off:

MR: Why the name "the deathless'?

PR: Well the name actually came from an episode of Adventure Time. Which is one of my favorite shows. I have also always loved bands that have the at the beginning and I am into the dark aesthetic that the name creates.

PR: BECAUSE ITS THE NUMBER OF THE BEAST!!!

So I am thinking don't piss this guy off he might cut my throat with roland synth laser beams or call all the dark demons from beneath the earth to feed on my heart and soul, haha.

MR: What is it like in your state, Memphis right? never been there

PR: Memphis is big and run down. But when you grew up here your proud of it. The scene here is slow. There are some really rad kids that come out to shows but its hard to grab the attention of a lot of people. Especially when you are playing synthpop. Its a little obscure and weird to muggles.

MR: How do you form your lyrics for your songs, really love the darkside that seems to always be present, tell me about this?

PR: My lyrics are the most important thing about my music. Most of my songs are dark metaphors for personal experiences or struggles. They are formed sometimes sitting down and deliberately trying to write them or they will just come to me randomly and I jot them down on my pocket notebook.

MR: I'm sure you have tons of influences in your sounds, what are some you want to note??

Oh yeah we can see the Prince vibe and I like how his sounds are hard to classify and put in a genre, which is one of the things that made us want to have him on our label. Very synthesizer driven and heavy on the drum machine loop. Which brings me to my next question...

MR: Whats your recording process? you seem to make a nice attempt on catchy 90's pop, very put together in a verse chorus verse chorus kind of format?

PR: I usually write the song as I am recording it. I go in with a dope beat or a cool synth hook and just start building everything around that.

MR: Yeah the 'hook' is a great way to explain. Well you got the 'Ghost' 15 min out and we are also sometime soon already have in the works a brand new Deathless cassette and also heard something about a split tape in the works?? and we will have you on our new mixtape series soon as well you got a bunch going on something with synth records too right??

PR: Yeah "Ghost" has been out courtesy of Magicrub for a little bit now.
My new EP entitled "Playing Dead" will be coming out this winter on Werkstatt Recordings and the cassette on magic rub.I am hashing out the details for split with an awesome artist. This artist will be announced soon. I will have songs on compilations by Bedroom Cassette Masters 80-89, Ritual Tapes, Chameleon Tapes, and Magicrub Cassettes. So be on the lookout. The Deathless does not have anything to do with synth records. However, I have previously released music with them in a band I am in called Suicide Forest. I do plan on working with Werkstatt Recordings more in the future. If no one has checked them out you should. Everything they release is awesome. I will have a video for every song on my EP "Playing Dead". have those online soon and I will be hitting the road for a while in either May or June.

NOTE: Also look for new material on a upcoming split tape and also on Magic Rub Cassettes new mixtape series called 'Drug therapy' vol one which is set to be out very soon.
Posted by MAGIC RUB CASSETTES at 6:37 AM No comments:

All donations go towards maintaing the label. marketing and signing new artists. Thank you for your support of Magic Rub Cassettes

magic rub cassettes is looking for new bands for label!

hit your music link to my dropbox!

Send me your sounds

MAGIC RUB CASSETTES
Magic Rub Cassettes discovers and releases rare emerging artists, carefully selected to be a part of tomorrow's growing cult following. Creating a community of up and coming dreamers and sound visionaries, Magic Rub delivers a unique underground sound of independent music to your ears. Prolific in nature, unique in sound, and oddness to follow